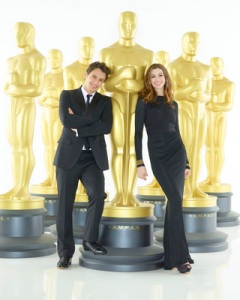 To prepare for this year’s 83rd Annual Academy Awards with the construction of press risers, installing fan bleachers and the pre-show stages along the Oscar red carpet, Hollywood Boulevard will be closed between Highland Avenue and Orange Drive beginning tonight at 10 p.m. reopening at 6 a.m. Monday only to close again at 10 p.m. and stay closed until 6 a.m. on Tuesday, March 1.

If you’re new to LA, and use public transportation to get around, you need to know that the MTA subway trains will bypass the Hollywood & Highland station after the last regularly scheduled train on Saturday, February 26, until 6 a.m. Monday, February 28 and then it will resume it’s regular schedule.

It’s not just the roads that get closed down, it’s also the side streets and sidewalks. You can get details of the closures from the Hollywood Chamber of Commerce, the Sixth and the Thirteenth District City Council field offices, at Navigate Hollywood.com, and on the Academy’s website at www.oscars.org/closures.

Be sure to save the date for this years Academy Awards for outstanding film achievements on Sunday, February 27, 2011, at the Kodak Theatre at Hollywood & Highland Center, and televised live by the ABC Television Network beginning at 5 p.m. PT/8 p.m. ET.  The Oscar presentation also will be televised live in more than 200 countries worldwide. 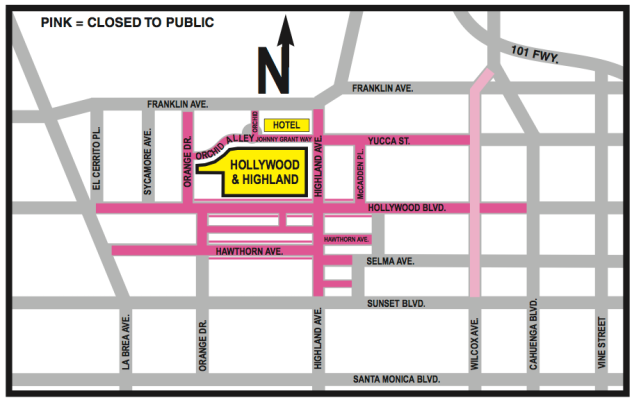 Street Closures for the Oscars

Look for updates on coverage on the Mingle Media TV site www.minglemediatv.com and Kristyn’s blog RedCarpetCloset.TV.