Growing up in South Florida, my childhood was influenced by the Cuban community, I loved the foods and the music and even did my aunt’s  (who is 3 yrs older than I am )  spanish homework so she could go out and play. Fast-forward to today, living in Los Angeles, I find myself drawn to eating both Spanish (love Frijoles negros and plantains) and Mexican themed foods (you should taste my Guacamole) and making them part of our favorite family foods; I guess what I am trying to say for me, it is not a different culture but part of who I am today.

What does this have to do with the 14th Annual Los Angeles Latino International Film Festival? Good question. With more communities like Miami and Los Angeles having strong Latino community and strong sense of their heritage, we need to support the preservation of the cultures in our world while embracing and adopting them. Which is why this Festival is so important as a commitment to the community to help encourage Latino filmmakers, producers, writers and actors, to participate in submitting to the Festival including movies that depict the Latino culture.

We were at the festival, more as an attendee this year (don’t ask how I screwed up getting media passes for the red carpet) but we did catch one of my favorite actors… Edward James Olmos, who is a big part of this festival. 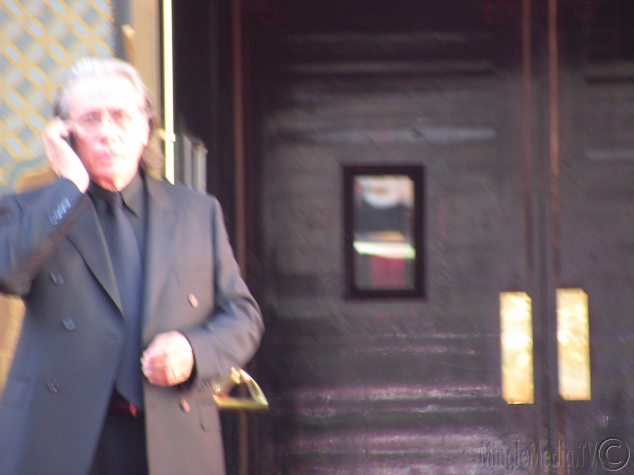 No, Edward James Olmos is not calling me....

We did capture a few photos from Grauman’s Chinese where the festival took place and encourage you to check out the website – and find out how you can be part of this community today.

To close, I’m going to defer to one of the media partners who broadcast en Espanol, La Presensa.

See you next time!!