Mingle Media TV’s Red Carpet Report host Ashley Bornancin were invited to come out to Warner Bros Studios Lot, Stage 22 for a set visit with the cast of the ABC Family hit series “The Fosters.” We’ve been dying to post this as it actually happened in early December and we had to wait until today to share with you! 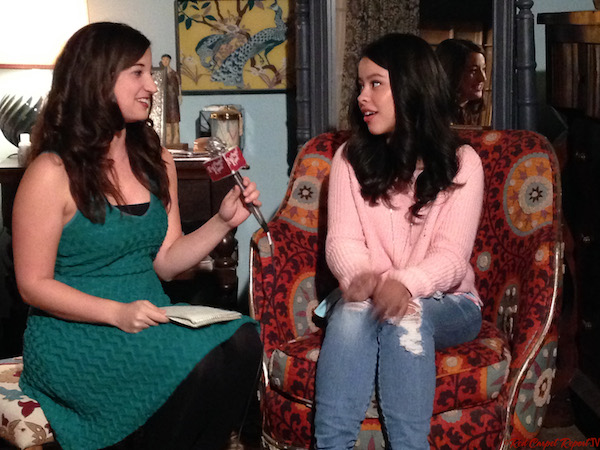 Series Premieres on Monday, January 13 at 9/8c on ABC Family!

“The Fosters” returns with all-new episodes on Monday, January 13, 9:00PM – 10:00PM ET/PT, picking up from the summer cliffhanger. The repercussions of Callie’s decision to run away impact every member of the Foster family, including newlyweds Stef and Lena, who had offered to adopt the troubled teen.  Both Jude and Brandon struggle with their own personal guilt about her running away.  Mariana inadvertently discovers the whole story about Lexi’s upcoming trip to Honduras.   “The Honeymoon” was written by Bradley Bredeweg & Peter Paige, and directed by Jim Hayman.