“Mighty Med” chronicles the adventures of two teenage best friends Kaz (played by Perry) and Oliver (played by Short) who land after school jobs of a lifetime at Mighty Med, a secret hospital for superheroes, sci-fi and fantasy characters.

In the premiere episode “Saving the People Who Save People” Kaz and Oliver discover a doorway leading to top-secret hospital Mighty Med where they realize that all their favorite superheroes are real. 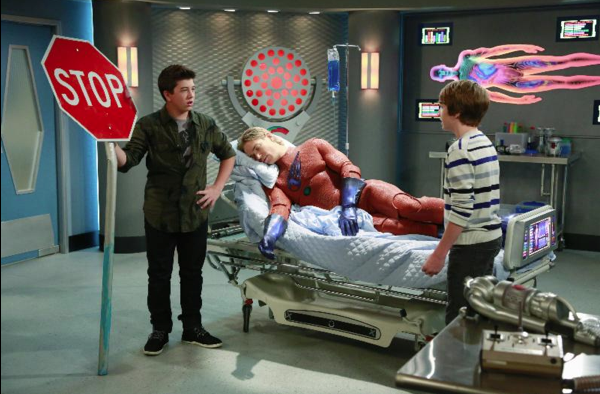