In this ongoing series of blog posts, we’ll be sharing the observations of our Entertainment Reporter, Kristyn Burtt, with you between now and the Oscars. We’ll be covering the Oscars from set up to day of at the Kodak Theatre and will be on the red carpet talking to celebrities on the day of the event as well.

Actor in a Supporting Role

Kristyn believes these Oscars are already handed out – what do you think?

Actress in a Supporting Role

Get that carpenter out to your houses and get that Oscar shelf built… you heard it here first.

Don’t worry, we will be back with more Behind the Scenes coverage on the road to the Oscars with our Behind the Red Carpet coverage featuring Kristyn Burtt.

If you want to keep up on the latest – get the free iPad app for Oscars  – it’s your backstage pass for the event with lots of great fan resources – Bonus – the app also features an interactive ballot and backstage pass on Oscar Sunday.The Academy Awards for outstanding film achievements of 2011 will be presented on Sunday, February 26, 2012, at the Kodak Theatre at Hollywood & Highland Center®, and televised live by the ABC Television Network. The Oscar presentation also will be televised live in more than 200 countries worldwide.

Like Loading...
Mingle Media TV and Leah Cevoli were invited to come out and cover the Technology Meets Music pre-Grammy celebration in Hollywood where music industry insiders, celebrities and entertainment’s illustrious trend-setters walked the red carpet before enjoying a curated ‘Geek-Chic’ Lounge by Style Haus… 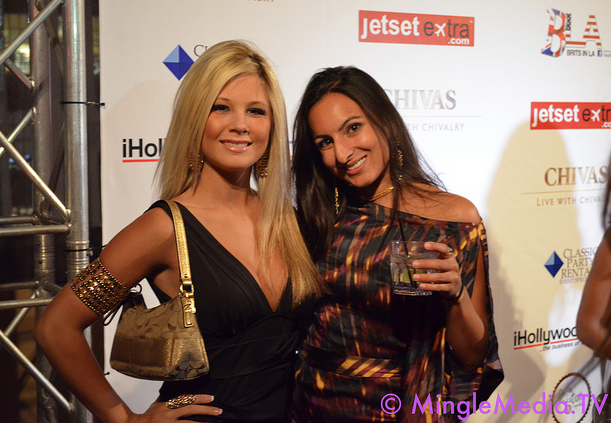