Why I still need to be convinced. By JD Piche’, Producer, Geek Commentary

New technology fascinates me, it always has, I’ve always been willing to give chase to new flights of fancy. Everything since the Gameboy first came out I’ve had a have to have it habit. And last summer there was so much talk about 3D TVs being in every home. So, I started saving up to get whatever the best (in my price range) manufacturer had to offer, until one day I stopped and thought ‘what if i don’t care about 3D TV?’ It was a bit of an existential quandary, I’d never had to mull over whether I’d need to be accepting of a new technology.

When televisions first started coming into the homes of Americans, how many people with radios said ‘TV? Ha, that’ll never catch on’ as this was many years before I was born, I can’t imagine many. The only x factor that would have prevented everyone from running out and purchasing a TV was the price back then. TVs have always been an investment, as far as i can remember, my family has only ever had maybe 7 or 8- but we’ve always had one in each bedroom and one for the living room, which was always the biggest.

Now you can go to Costco and pick up a TV the size of your mattress for little more than a month’s rent. And many have. my current desktop computer’s monitor is larger than any TV I’ve ever owned, and the same goes for almost everyone I know. But why is there such hesitation against getting a TV adds a depth of field to your viewing? we’re just a few years past the mandatory digital conversion date, and i audibly scoff at any show that is still shot in Standard Definition I see on TV. I’m totally a Television snob living in the digital zeitgeist. 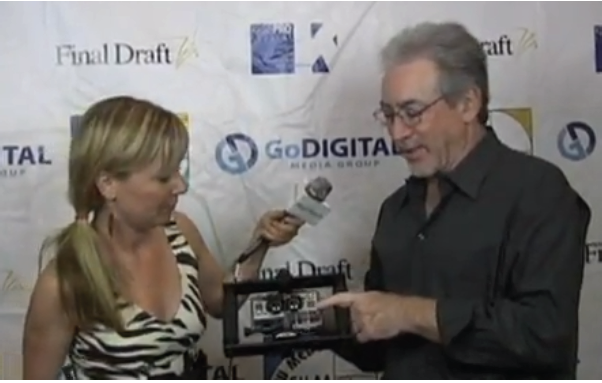 Yet I still can’t wrap my eyes around the idea of wanting 3D in my house. And I’m sure its more than just the aversion to wearing sunglasses at night to watch a scary movie. 3D technology is affordable and very attainable. But I can’t help but feel that everyone is going about it the wrong way and i’m not sure that there even is a right way of doing 3D. I’ve never been impressed by it. At the theatre I actively avoid it. Though I will say I am still curious about it, with the Nintendo 3DS peaking around the corner- and Hollywood’s cavalcade of 3D Super Hero movies due out in the next few months.

Here’s an interview that I shot and produced with a digital 3D filmmaker, Ned Weisman.