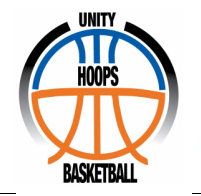 Find out More about this inspirational story tonight:

Can four college students help change the world?  A van full of college basketball player’s intent on learning about social change travelled from the East Coast to Montana, as part of Unity Hoops Basketball. David Dean, a college sophomore, will outline the mission of Unity Hoops Basketball when he guests on the Insightful Player online show on MingleMediaTV.com, Tuesday night at 7 p.m. ET. Mingle Media TV produces and broadcasts over 40 hours of web series and event coverage each week.

Dean has several passions in life.  A political science major, he’s fascinated with social change.  Since a high school history class, he’s been concerned with the plight of American Indian children growing up on reservations in a culture of poverty, unemployment, and alcoholism. He also loves basketball.  In high school, he was a point guard and captain of his team.  In his freshman year at Guilford, he continued to play basketball earning All-Old Dominion Athletic Conference Academic honors.

And six months ago, he had an idea… While many college students spend their time looking to be hired for a summer internship, David and three college friends have done something else.   They’re creating theirs from thin air.

“Unity Hoops was founded as a basketball collective that aims to use our sport as a common language to teach far greater life lessons to young people in need, inspiring them to believe in larger possibilities for themselves, and empowering them to pursue their limitless potential,” said Dean. “We are dedicated to providing the role models, resources and knowledge necessary to instill this self-belief, as well as a deep-seeded understanding that together everyone truly does achieve more.”

Their current mission is focused around helping youth of the Crow Indian Reservation in southern Montana.  In their work on the reservation they are hosted by The Center Pole, a youth outreach center on the reservation run by Peggy White and Susie Kelly.  We are also sponsored by Running Strong for American Youth, a nonprofit located in northern, VA.

Life can be tough for Indian children living on the Crow Reservation south of Billings, Montana.  They grow up in families that are racked by alcoholism and poverty.  75% of the adults are unemployed.  For those who attempt college, there is a 95% attrition rate.

On the Insightful Player show on MongleMediaTV.com Dean will give an in-depth look at the lives of these children that Unity Hoops has worked with; provide an understanding of the universal issues on reservations; give an overview of Unity Hoops philosophy on sport and offer a wish list of donations and other resources that Unity Hoops needs to accomplish its Mission.

Chrissy Carew, a Master Certified personal and business coach based in Nashua, NH founded Insightful Player™ in April 2010 with a vision of providing an answer to a crucial worldwide calling for messages of hope that provoke positive actions.  “I’m thrilled to have an online show on MingleMediaTV.com where I’m able to interview not only my Insightful Players like NFL stars Usama Young, Rashied Davis and others, but also individuals like David Dean, who are awe-inspiring and need their stories told to the masses,” said Carew, who serves as the host of the show. Carew was inducted into the International Coaching Federation (ICF) New England Chapter’s newly-established Hall of Fame on June 13.

The Insightful Player™ team members are individuals that believed in themselves and relentlessly pursued their most far-reaching dreams, which resulted in a career in the National Football League.  The Insightful Player.com website features the inspirational stories of 32 current and former NFL players, each of whom overcame great obstacles and hardships to become not just fine athletes, but through their values and their life experiences, became extraordinary individuals that serve as an inspiration to us all.

The Insightful Player™ is brought to you by Coach Chrissy Carew, Master Certified Personal and Business Coach.  Chrissy has been deeply inspired by her father, the late Coach Walter Carew, Sr.  Her beloved father is in several Halls of Fame as a high school football coach (as well as high school and college player). He used the game as a way to help kids build strong character and teach them valuable life skills.  The Insightful Player™ was created to help make our world a much better place.

Launched on February 8, 2010, online media and live web TV Network Company, Mingle Media TV produces and broadcasts over 40 hours of web series and event coverage each week. It’s audience reach online is over 250,000 weekly views of their  video coverage, web series and live broadcasts and are currently in the top 20,000 websites in the U.S.